What is the Open Government Metric?

The Metric is a qualitative and quantitative research coordinated by the INAI and conducted by the Center for Economic Research and Teaching, AC (CIDE) to monitor the level of institutional openness of some regulated entities by the General Act of Transparency in the three levels of government (Federal, state and municipal).

The Metric provides different elements of analysis in terms of openness, based on transparency and citizen participation, as well as the supply of governance mechanisms and the citizen demand for instruments. The Metric analyzes the access to information that the citizenship possesses to know the government actions and at what extent it is possible to influence their management.

The lifting of the information that feeds the Metrics is done biennially. This section presents the methodology, the analysis of the indicators and the results of the year 2019. This is called the second edition since the base report or first edition was created in 2017.

What are the benefits of consulting the results of this new edition of the Metric?

The Metric 2019 is a tool that was created to analyze the advance or retreat at the national level in the matter; currently, it is possible to compare the development between 2017 and 2019. Additionally, this edition required new efforts:

I. Do you want to know about the Open Government Metric 2019?

The National Institute of Transparency, Access to Information and Personal Data Protection presented a normative definition in the Agreement that establishes the Open Government Model of the National Transparency System, access to public information and protection of personal data and describes it as:

"A scheme of management and production of public policies aimed at the attention and collaborative solution of public problems based on plural and collegiate actions, in whose work, transparency and citizen participation converge as basic criteria, seeking to foster an environment of accountability and social innovation (National Transparency System, 2016). "

In the Metric, as in the Open Government Model, the concept is oriented to action and implementation. In addition of the definition of its minimum components, it provides the goal that should guide those who work as responsible in the three levels of government. Thus, the concept emphasizes the need to orient the governance model and the guidelines of public institutions under clear standards of transparency and citizen participation, as well as the development of an organizational culture characterized by constant accountability and social innovation. The biennial exercise of the Metric is the evaluation that by means of indicators calculates the state of a representative sample of the regulated entities of the General Act of Transparency and Access to Public Information.

Consult the documents that support the investigation and show its results: 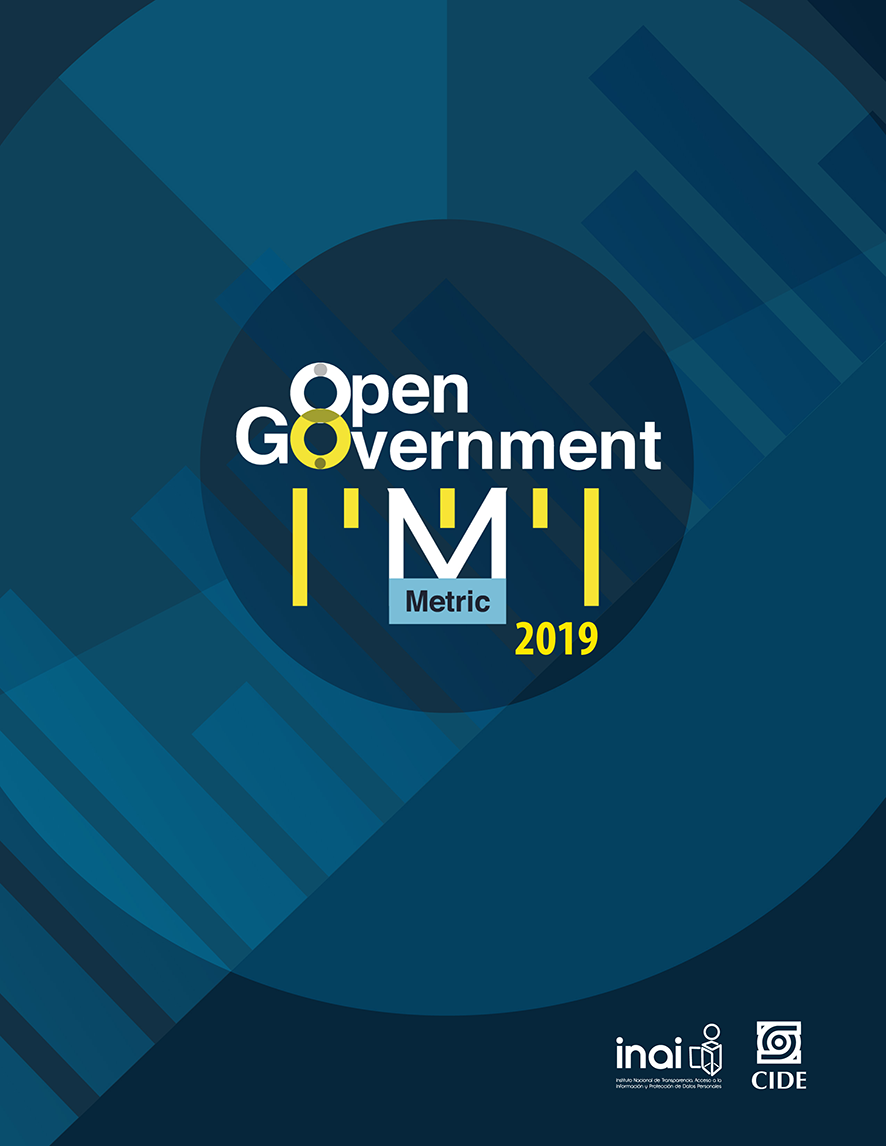 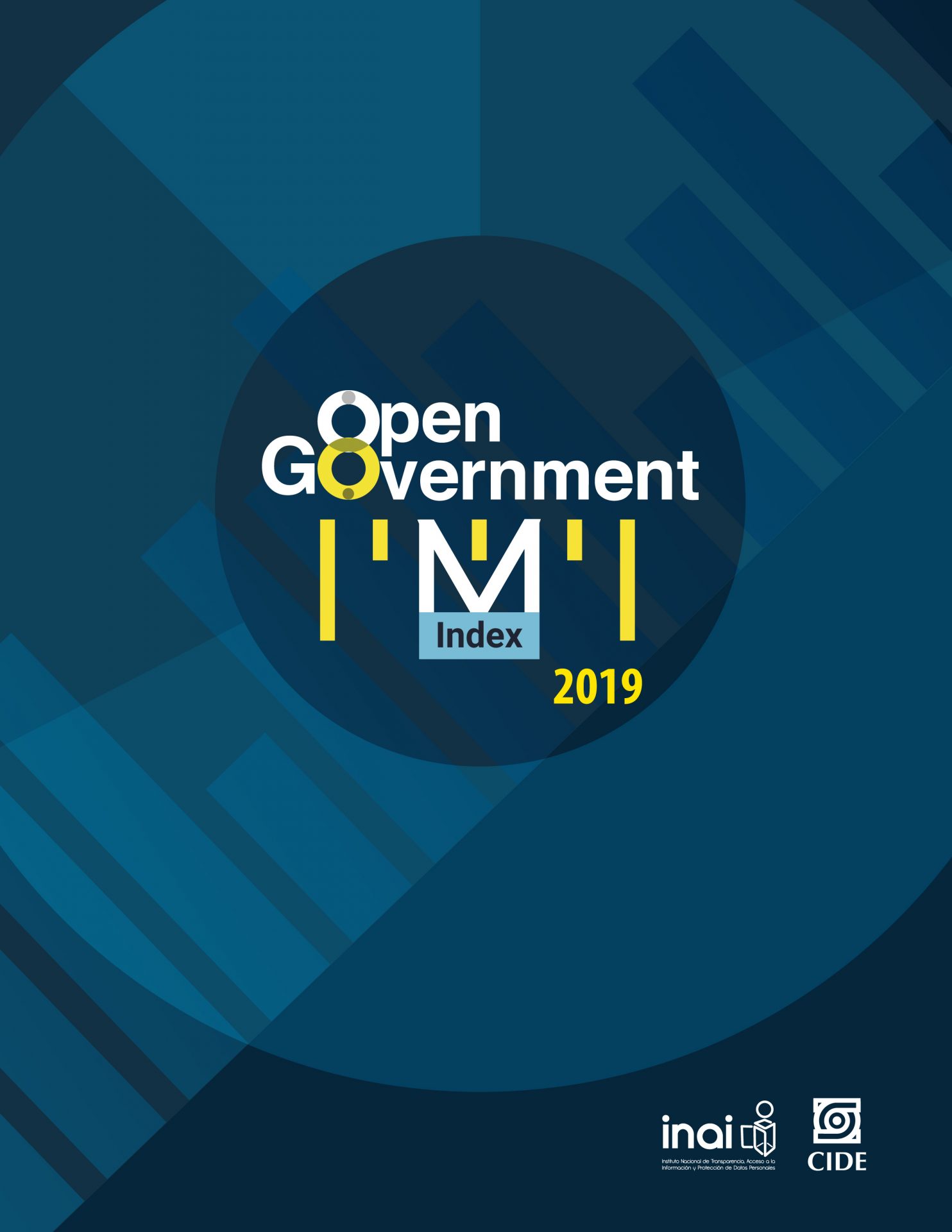 II. Do you want to know the progress of your state in terms of transparency and participation?

Based on Open Government Metric 2019, a transcendent fact is that all states improved their rating in the Open Government Index 2019 in comparison to the year 2017. Even some of the Institutions that in the previous Metric had had the lowest ratings, had increases greater than the national average. In the following documents, you can consult the analysis performed and view the progress of each state: 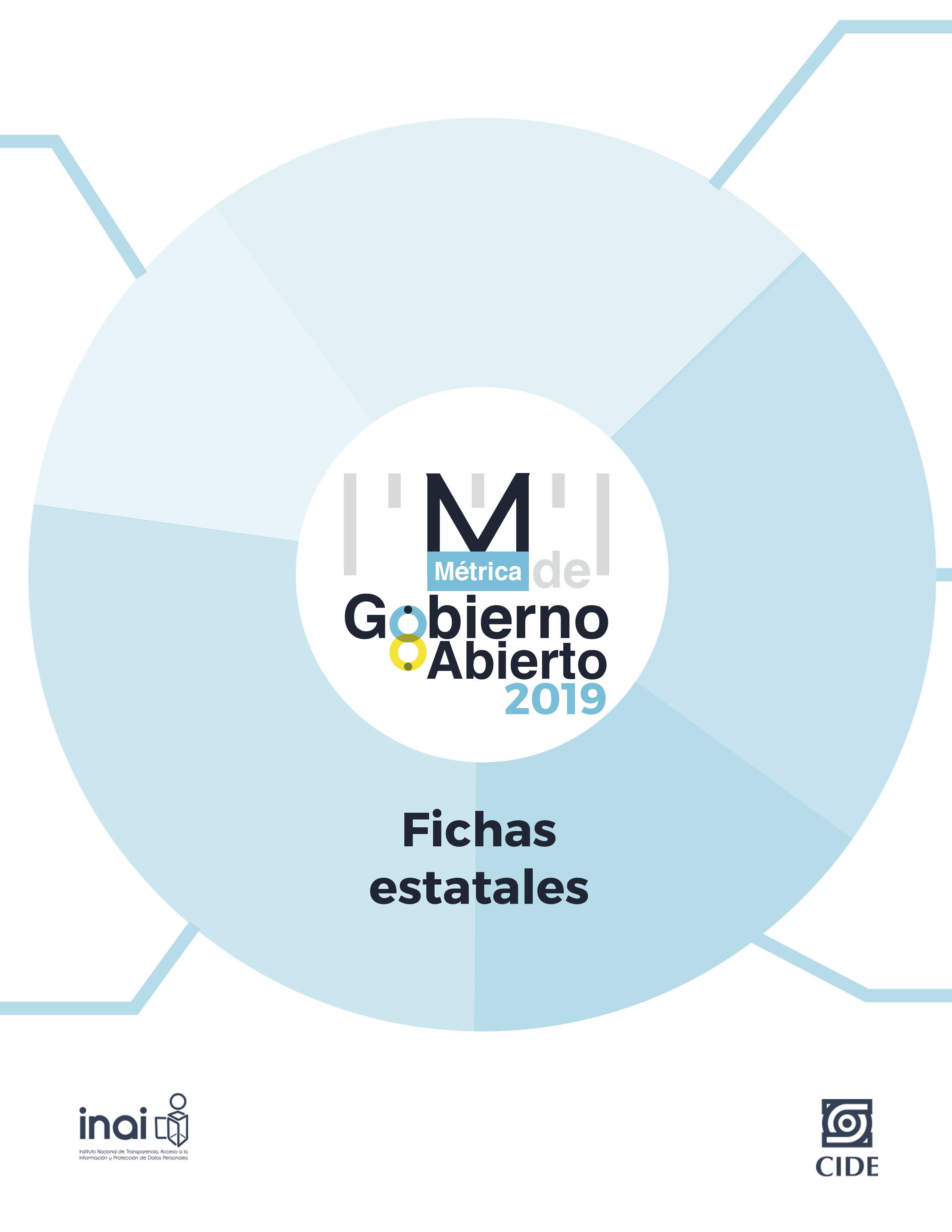 III. Which are the best evaluated regulated entities?

Based on the results of the Open Government Metric 2019, we present some findings that will allow you to identify the best evaluated regulated entities: 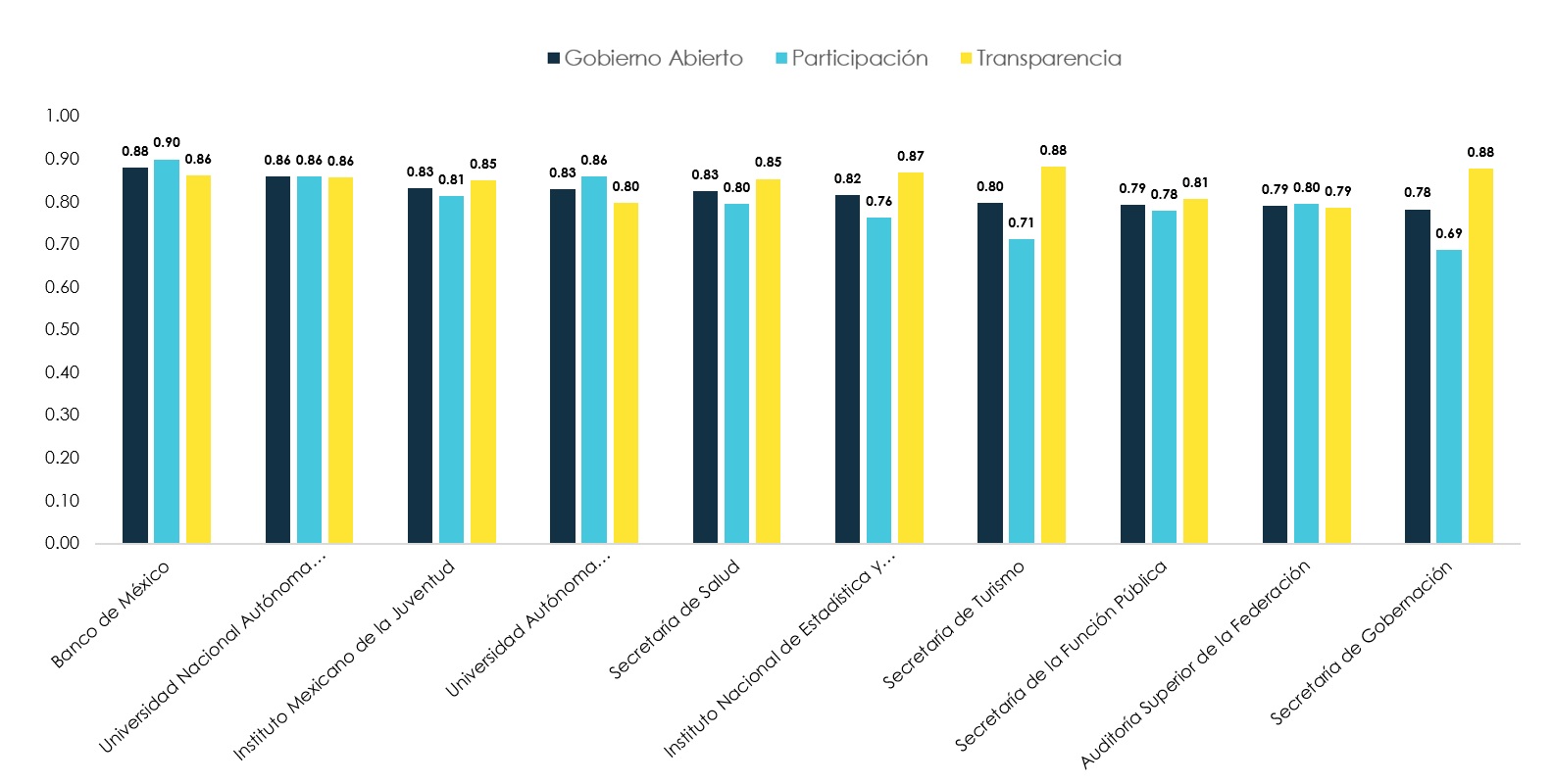 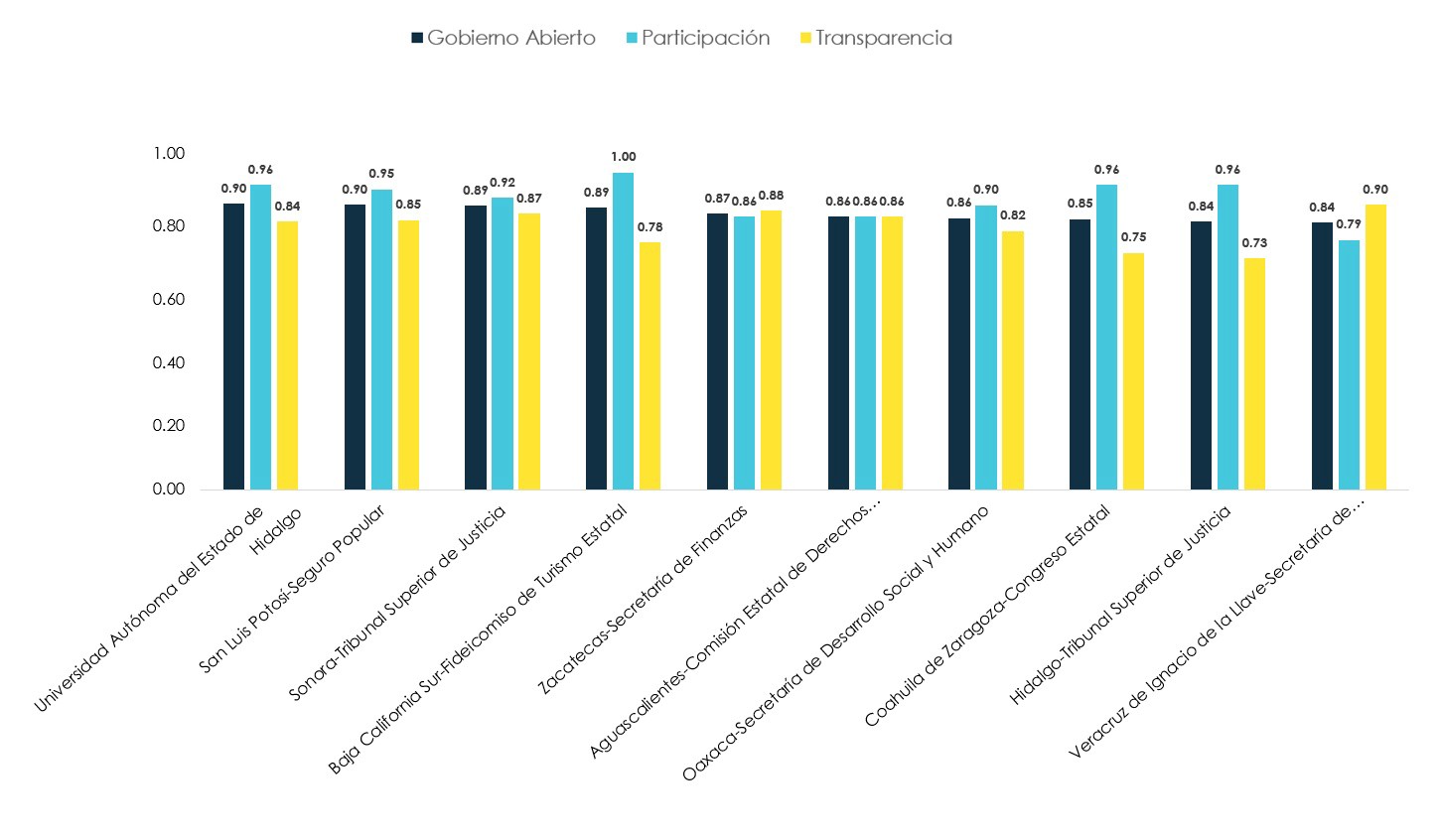 The Open Government Metric 2019 is a national and international benchmark that allows us to create a snapshot of the institutional openness in the country. The National Institute of Transparency, Access to Information and Personal Data Protection (INAI), based on the data generated in the Metric of Open Government 2019, makes available the results in XLS and CSV format to facilitate its reading, interpretation, and reuse.

In addition, the following tools are offered to compare values between states, regulated entities, gaps by subject in each state and many other combinations.

By type of regulated entity

Get to know and compare the results according to the nine different types of regulated entities that are included in the sample (executive, legislative, judicial, autonomous, decentralized, universities, unions, parties and trusts)

Access and compare the results between different states and the federal level.

Access and compare the results of the 1,243 regulated entities included in the sample.

If you are interested in learning more specific data of the Metric 2019, visit the following link https://lnppmicrositio.shinyapps.io/metricadegobiernoabierto2019/ that will direct you to the microsite of the Center for Economic Research and Teaching (CIDE) to visualize more graphs and visualize the state of institutional openness of the 1,243 regulated entities analyzed.

Our Newsletter is the national Open Government Guide.
It is quarterly updated.

This is a Website of the National Institute for Transparency, Access to Information and Personal Data Protection, which management is in charge of the General Head Office of Open Government and Transparency. The published information and the document collection are of open access under the terms of the following license:

This work is under the Creative Commons Attribution-Noncommercial-ShareAlike l 4.0 International License.

No. de visitas:
Scroll Up