What is the Open Government Partnership?

The Open Government Partnership (OGP) is a multilateral initiative, dedicated to foster commitments between civil society and government to promote transparency, increase citizen participation in public issues, tackle corruption and employ new technologies to extend the governance. This Partnership was officially launched in September 2011, when the governments of the eight founding countries (Brazil, Indonesia, Mexico, Norway, the Philippines, South Africa, the United Kingdom, and the United States) endorsed the Open Government Declaration and announced their Action Plans. Only two years later, the governments of 56 new countries joined the initiative and it is currently composed of 78 countries and 20 subnational governments that have made more than 1,000 commitments.

The Partnership was introduced to the world within the context of a conference called “Open Government Partnership: An International Discussion”, organized by the US State Department and presided over by the US Secretary of State, Hillary Clinton, as well as by the Ambassador of Brazil, Antonio Patriota. As for Mexico, representatives of the IFAI (now INAI), the Ministry of Foreign Affairs (SRE) and the Mexican Institute for Competitiveness (IMCO) attended the event.

Almost one month after the event, Mexico informed its Action Plan, would be created based on the principles of the initiative, and through consultation with civil society, as well as entities and agencies of the federal government. Then, IFAI asked the civil society organizations and institutions of the Federal Public Administration to engage in dialogue that led to the first Action Plan. Furthermore, the Ministry of Public Administration (SFP), given its powers to guarantee accountability in the Federal government, played a more active role in the integration of proposals.

The civil society showed discontent due to their low participation in the definition of the first action plan; in 2011 several meetings were held between IFAI, organizations specialized in transparency and accountability (IMCO, Article 19, Cultura Ecológica, Fundar, Citivox, GESOC, and Transparencia Mexicana) and the Federal Government (Presidency of the Republic, Ministry of Foreign Affairs and the Ministry of Public Administration). A meeting hold on December 9 was a milestone in the history of the Open Government in Mexico, since a Tripartite Technical Secretariat with representatives of the IFAI, the Ministry of Public Administration and the Civil Society was established, including objectives that reflect important agreements made between these three parties.

After this meeting, the establishment of a Tripartite Technical Secretariat (TTS) was formalized as the highest body for decision making of the Open Government Partnership in Mexico. Coordination among its members allowed the development of three consecutive action plans: the first integrated commitments originated in the Federal Public Administration with an addendum including the proposals and demands of the civil society; the second Action Plan 2013-2015 was developed during a change of administration in the Federal Government, with INAI’s support to facilitate the continuation of Mexico in the OGP and the interaction among the Secretariat members, as well as 100% compliance of 26 commitments. The third Action Plan 2016 2018 with an innovative methodology oriented to create an Open State, could not be implemented due to the lack of trust of the civil society with towards the federal government.

In the third action plan, and with the leadership of the Tripartite Technical Secretariat, composed by ten organizations of the civil society, the National Institute for Transparency, Access to Information and Personal Data Protection and the Federal Government, the country developed an ambitious agenda associated with several of the Sustainable Development Goals of the 2030 Agenda.

After the democratic exercise of July 2018 and with the new federal administration, the new government represented by the Ministry of Public Administration (SFP), the National Institute forTransparency, Access to Information and Personal Data Protection  (INAI) and the Civil Society Core Group (NOSC), resumed the national process of the Open Government Partnership in Mexico in March 2019 by creating a new coordination figure called the Steering Committee that replaced the Tripartite Technical Secretariat.

In August 2019, with the systematization of the results of the public consultation, the six most voted topics that the Government of Mexico had to influence and around which the co-creation tables were developed were identified: eliminate corruption and lack of consequences to those who commit it, achieve peace and public safety, education at all levels for all people, health services for all people, more and better employment opportunities and improve rural development.

The construction of the Fourth National Action Plan is still under development. We suggest checking the evolution of the process on the website. 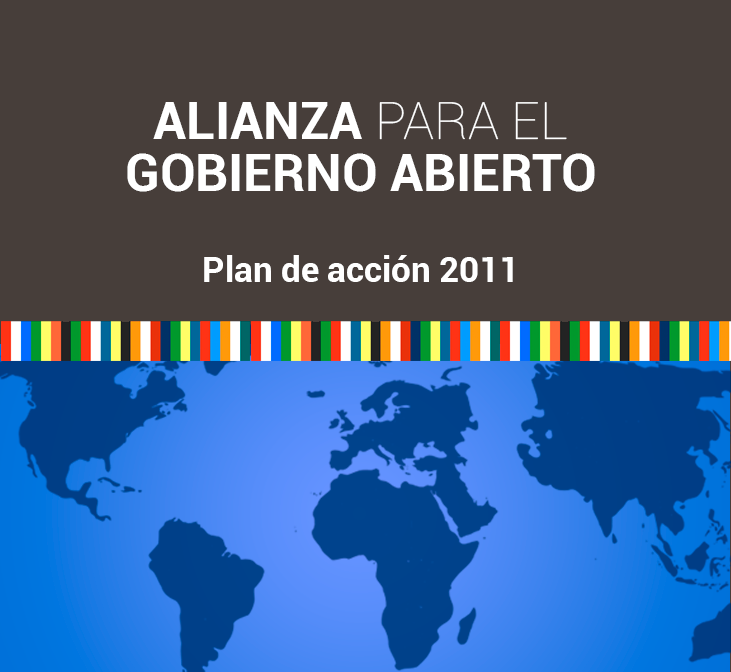 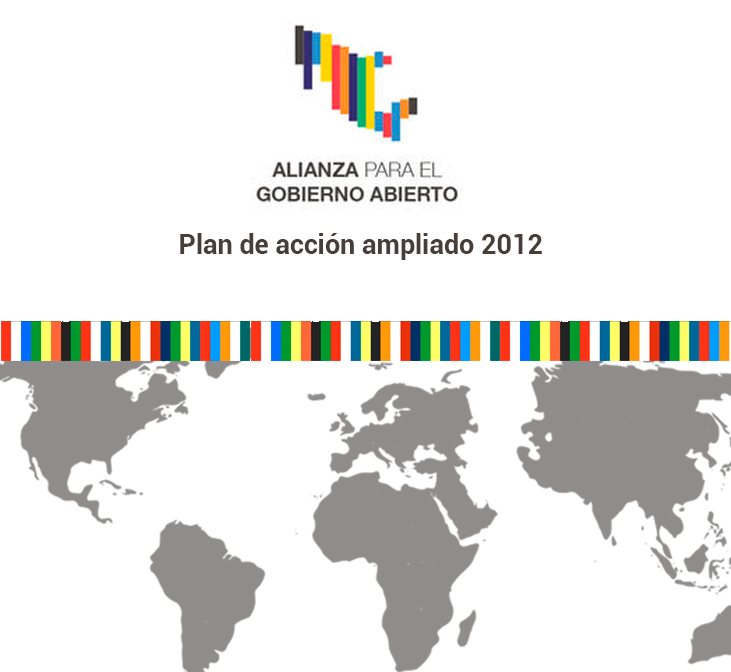 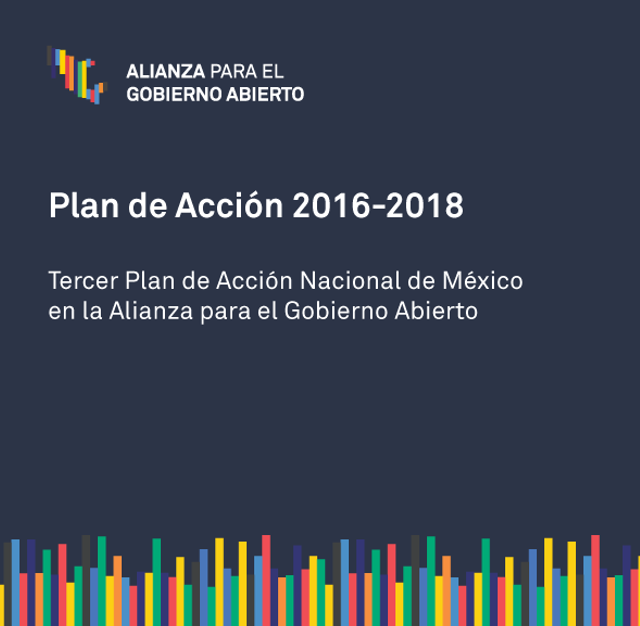 Reports of the Independent Reporting Mechanism (IRM) in Mexico

The Independent Reporting Mechanism (IRM) is an international mechanism conformed by experts in open government that assess the action plan implementation status of the Partnership member countries. The assessments have been called “Reports” and they show the transparency, accountability and citizen participation level in the action plans to generate technical recommendations to guide the behavior of the parties. Here we present the reports generated in the Mexican case: 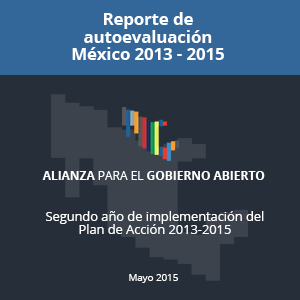 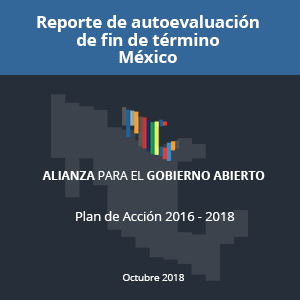 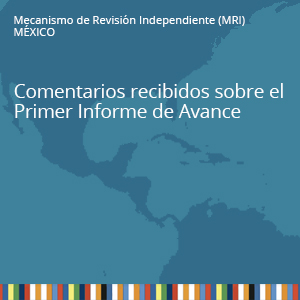 Contributions within the framework of the Tripartite Technical Secretariat (TTS) work

To progress in the open government agenda in Mexico, the Tripartite Technical Secretariat or TTS was created (consisting of representatives of the civil society organizations, a representative of the Mexican Republic Presidency and a representative of INAI). The actions performed by this entity are listed below:

Our Newsletter is the national Open Government Guide.
It is quarterly updated.

This is a Website of the National Institute for Transparency, Access to Information and Personal Data Protection, which management is in charge of the General Head Office of Open Government and Transparency. The published information and the document collection are of open access under the terms of the following license:

This work is under the Creative Commons Attribution-Noncommercial-ShareAlike l 4.0 International License.

No. de visitas:
Scroll Up